A new take on modern recording, made available only on BANDCAMP and through his website

Nashville native indie recording artist, JOSHUA and his new band of Bandits have released a follow up to the 52 songs written, recorded and briefly released in 2014.  The cinematic 3 piece song-trilogy (we dare say, a first of it’s kind) is an effort to break from the monotony of modern American music culture.  Blending genres, unique lyricism, and conceptual songwriting with JOSHUA’s mixed soul/roots/folk/pop background.  The release is currently available only through the independent distribution solution, Bandcamp.  Another break from the commonality of commercial music- Bandcamp offers higher rates for musicians, and supports many unique tools for artists to get their work to their fans.

Having worked on the concept for these songs since 2013, JOSHUA will be the first to tell you, “combined, they make a heavy piece of music”. The songs take you on a lyrical and emotional journey. The trilogy starts in Part 1 with the tension of a hero chasing after a heroine amidst an unexplained battle.  Then, through the mind of a hopelessly love-riddled, fearful and confused hero facing an internal battle in Part 2.  Finally, Part 3 settles on the idea that all love is worth waiting for in the end, even in the terrain of a battle worn relationship. There are plays on the duality and relationship between the ideas of Love, and War throughout the entire piece.  The cinematic texture of the score- creating a full scenery of battle and chaos- has a timeless quality.  Like records you won’t find on shelves of your local record store without visiting the vintage section.

The “soft” release of this record was followed by a recent showcase of the new arrangements at the famous Nashville venue, the Exit/In on May 27.  Find the recording, and many more at http://music.joshband.com.

About Joshua and the Bandits:  Coming from a background of deep southern soul, jazz, and motown influences – it’s not surprising that Joshua has tried on many music styles in the past including a soul/sultry pop, indie/funk pop-rock, and even jazz and blues. A Dylan-influenced songwriting style with soulful roots running deep in this Nashville native’s voice, combine to form a Folk and Americana landscape as evidenced in his most recently recorded material.

The artist has recently teamed up with some unique individuals in Nashville, TN (regally dubbed, “the Bandits”) to back his recent works and EP project, “Love and War EP.1”.  The project enlists producer, bassist, guitarist, Mike Hartnett (co-writer and performer on “Till it’s Gone” Yelawolf, and shared hits with Fergie, Rehab, and many more), singer Keelie Walker, and drummer Josh Cobb as a core group.

From March 2014 to March 2015, Joshua and the Bandits wrote, recorded, and released a song per week- distributed exclusively from their mailing list.  The current EP, “Love and War EP.1” can be found on Bandcamp, at http://music.joshband.com.

More about Joshua:  Having had the pleasure of sharing the stage with the purple majestic, Prince, in LA, as well as receiving an Emmy Nomination in 2012, Joshua recently travelled cross-country to begin a documentary that follows his own life story of musical struggle and hardship. Aptly titled, “Home on the Road”, it poses the life pursuant question, “What does success mean to you?” to those along the way. Now, after a 7 year relationship with the city of Angels, Joshua once again calls Nashville home.

Visit http://joshband.com for the latest news and updates about Joshua and the bandits. 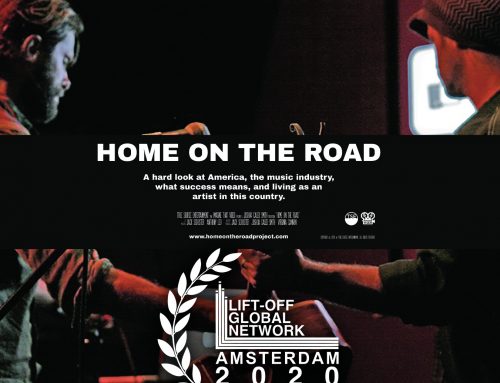