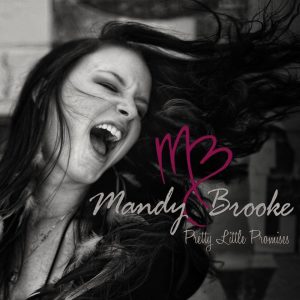 Find out more: mandybrooke.com
Facebook: facebook.com/mandy.brooke04
Twitter: twitter.com/Mandy_Brooke
Instagram: instagram.com/mandybrooke04
Youtube: youtube.com/channel/UCpnjHv3ndURtLawywRsOcaw
Throughout her career, Mandy Brooke has risen as an electrifying performer, poignant songwriter, and skilled artist. Reviews from critics and peers alike have commented on Mandy’s talents, saying; “Her golden voice and guitar skills will not only catch you by surprise but captivate you.”
Since her first open mic night at age 12, Mandy has mesmerized audiences with her powerful voice and raw stage presence. She has played in hundreds of venues and festivals and has been an opening act for artists such as: Tracy Lawrence, Uncle Kracker, Gloriana, and Chuck Wicks.
At 17 years old, Brooke signed her first publishing and management deal with ASCAP Award Winner, and NSAI Hall of Fame member, Bill Rice. Their business relationship lasted until 2012. “He was a great mentor.” Mandy says.In 2014, Mandy released her debut E.P titled, “Pretty Little Promises”. It’s a well-rounded and intriguing piece of work; Tracks like, “Down” and “Calling You” showcase her natural instinct for creating infectious melodies with a rock groove. While ballads like, “Loving You” and “Armor Down” reveal a more vulnerable side to her songwriting talents. Her debut is a perfect blend of catchy hooks and pop/rock melodies, all with a certain depth and edge that set her apart from the rest.2016 has a lot in store for Mandy! Not only is she working on her second studio project, but she’s also embarking on her first American tour with fellow singer/songwriter, Kim Kennedy. Combining their bubbly personalities and fierce stage presence, The Lady Like Tour is filled with laughs, eclectic acoustic music, and amazing duet talents! Mandy and Kim look forward to meeting new fans in a town near you!Mandy’s maturity on stage and off is of a well-accomplished singer/songwriter. Even so, she remains humble, with a beautiful charm and honesty that resonates through her growing fan base. One thing is definite: there are many more years of music to come out of this exciting new artist.
TSE2016-06-05T17:57:43-05:00May 31st, 2016|