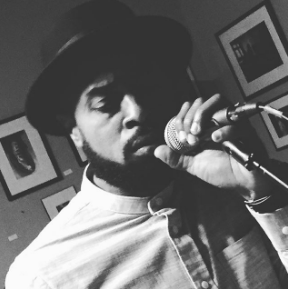 Lamar Williams Jr began his career early, singing in churches and school functions.  Born in Macon, GA, and having lost his father (Lamar Williams performer and bassist of The Allman Brothers Band and Sea Level) at an early age, his career in music began independently with the help of friends and advisors that heard him sing over the years.

His first record deal in Miami, Florida came after winning many talent shows, working with other singers and bands in the early 90s.  Fast forward, through many bands, performances and recording opportunities – sharing the stage with artists such as Little Richard, 112, Jagged Edge, and other hip hop and R&B acts – in 2000 Lamar began working with the group, Revival, out of Macon, GA.

After moving the band to Athens, GA, he began opening with Demon Jones for the band Rehab in 2007.  This led to years of performing with, opening for, and recording with the band, while working on, and developing his own sound and solo projects.

Currently carrying the torch, Lamar has sat in with The Allman Brothers Band, Oteil and Friends, and is currently the lead singer of Les Brers.  He is also working on a solo record with renowned producer and artist, Mike Hartnett (Rehab, Yelawolf, Fergie and many more).