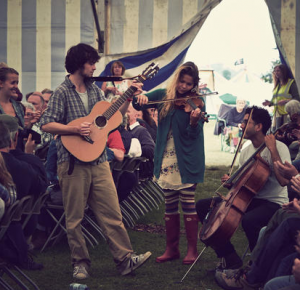 Its 2016, and London-born singer-songwriter James Riley is touching down in Nashville after a year packed with US and UK performances, returning to his adopted home to start work on his fan-funded début album.

Riley hopped the pond in November 2014 after losing a coin-toss in a greasy spoon café in Deptford. Gamely lumping his guitar and suitcase across the Atlantic on the justification that he’d probably get a few good songs out of the experience, this 28-year old yarn-spinner, experimental blender of bluegrass & soul (and without question the person most likely to get you thrown out of the pub for bellowing drinking songs) had finally made the move he secretly hoped he’d make ever since he first heard the sound of Hank Williams crooning through his parent’s 8-track.

James’s current musical journey began in 2010 when he penned a handful of songs whilst hitchhiking to Istanbul, Riley spent the following years honing his craft on the London folk circuit, self-releasing records, winning occasional awards, playing to growing festival crowds and receiving critical acclaim from the BBC and PBS for his dreamily poetic lyrics and “fiendishly proficient” bluegrass & soul guitar style.

After making the decision to move stateside in 2015, James laid his hat down in Tennessee, and began to immerse himself in the culture and sound of Music City.  What has followed has been a period of creative renewal for Riley, with a flood new influences giving birth to a slew of fresh material. After an Official Showcase at Folk Alliance International kicking of 2016, and with tours on both sides of the Atlantic to accompany his debut album’s release this fall, finally James’s momentum is starting to gather like never before…

Winner of the Mayor of London: Gigs Competition 2012