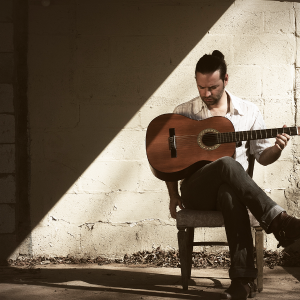 Music:
“Joshua is a strong blend of Folk and Soul. Like a white, folky John Legend.” – Plutonic Music Group, UK.  A Nashville-based artist, his music has been featured in films, on TV and he’s recorded, billed, shared the stage across the nation with many greats, including Prince and The Mowgli’s.

The sound that Joshua’s vocals and guitar playing exude is one that comes from true grit, and life experience.  Where his voice will leave you wondering whether he grew up listening most to Sam Cooke, Stevie Wonder, or David Bowie, his guitar playing will remind you that the acoustic is still a driving force in recorded music today.  As a writer and recording artist, his old-soul simple lyricism, old-school song forms, paired with a recording style that is current yet organic, come together to form a unique and refined quality that is atypical of modern recordings.  It’s not surprising that his influences range from early Dylan and Tom Waits, to Stevie Wonder and Otis Redding.  He also sites 30s-40s era Jazz, and classical music as a direct influence on his craft.

Joshua has been writing music since age 12, and began recording at age 14.  At 15 he had his first residency at a local coffee shop, and has been working professionally ever since.  Joshua is a songwriter, producer, and recording artist with a long list of credits, but he also has an extensive background in TV and Film.  Beginning at young age, he served as a primary producer, director, and talent as one of two students in the state of Tennessee to be selected for a paid internship with the Williamson County government access channel. He later furthered his education spending two years at Belmont University in Music, TV, and Film.

Early Career:
In 2005, moving to Los Angeles, California provided direct access to freelance work and he began his profession as a multi-media artist and producer.  That same year he formed the band Stereofox, which marked his first major recording, Ice The Symphony, released under True Source Entertainment, and Ecco Bravo Music, with producer, Deron Johnson (Miles Davis, Seal, Alanis Morissette, Stanley Clark).  As a band, Stereofox was active from 2005-2011.  In 2011 he began writing and recording music for solo releases, as both “Josh Smith”, and “Joshua” for film, TV, and online placements.  You can hear Joshua on the October 26, 2011 Episode of “The Young and The Restless” (CBS) singing “Our Time Has Come” by David Kurtz.  “Our Time Will Come” was nominated for an EMMY in 2012.

Current:
Since moving home to Nashville in 2012, Joshua C. Smith has started many ventures.  In 2013 he co-founded advertising / marketing agency, Plan Left, in 2019 he founded the real estate group, Home Agent Group, among others in that span of time.  His primary focus remains on his music and True Source Entertainment, producing media that resonates across multiple genres and provides empowering messages. This is evidenced by his ongoing work on the documentary “Home on the Road” about everyday musicians’ and artists’ lives and roads to success.  He has helped brand and voice the messages of many startups, other artists and small businesses while continuing work on his crafts in music, film and photography.  He is set to release a meditation record in 2020, “Dharmawheel Vol.1”, first in a series of works with the new label, Drishti Records.  Find out more about his music on listentojoshua.com.

Joshua’s work with nonprofits and benefits. 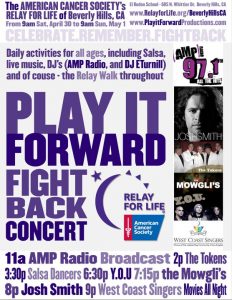 Since his first opportunity to play a Multiple Sclerosis benefit in Columbia, Kentucky at age 15, Joshua has been utilizing his skills to promote and benefit causes across the United States.

In February 2005, after Hurricane Katrina hit the Gulf Coast, he moved to Pascagoula, Mississippi to live and volunteer for a four month period.  There he helped manage and lead groups, large and small, into the homes that had been flooded to teardown, rebuild, renovate, and build new structures and facilities.

In 2010 after his hometown, Nashville, Tennessee was flooded, he produced and performed for a benefit concert in Los Angeles to called Play It Forward Nashville.  The concert was broadcast on PeaceDay.tv as a livestream event, and was covered by the PeaceDay.tv podcast.  As a part of Play it Forward Nashville he also produced a documentary short which was used to help raise awareness after the storm. He also created a blog called “100 People in Need”, that served to help collect donations for folks that had lost their homes and belongings during the flood.  This fundraiser was managed and administered under Home and Community, Inc., a Los Angeles based nonprofit which helps communities in need.  He also worked with Home and Community, Inc. on other fundraisers, performing for house concerts, and other functions.

In 2011, after the major tornado in Joplin, Missouri, Joshua volunteered as a featured recording artist for “Overflow: Joplin” (a choir competition), to help raise funds for Watered Gardens, a local homeless shelter and mission.  That same year, he produced the Play it Forward Fight Back Concert at the Relay for Life of Beverly Hills to benefit the American Cancer Society, and the Leukemia and Lymphoma Society.  He was a featured artist at the concert, alongside The Mowgli’s and The Tokens.